Yes, Britney Spears has done it again and become the talk of the town with her latest fashion campaign. Spears has continued to excite fans over the years long past her Mikey Mouse Club and Baby One More Time days. Seriously, Spears is a cultural icon. Also have you seen her fabulous Instagram? She posts everything from her workouts and singing to paintings and silly outfit change videos. Do yourself a favor and follow this popstar.

Luckily, fans have been following Britney’s amazing throwbacks, pictures of her sons and performances on her Instagram. Now, the star shared something huge on her social media platform. She’s pairing with KENZO for a fashion campaign.

Why is this so huge? Surprisingly, Britney Spears only dabbled in style and fashion campaigns in the past like that time with Candie’s. Unlike other celebrities, she never had a major label high-fashion campaign before. Yes, she’s launched her own fragrances, but that’s not the same. Never before has Britney teamed with a big label. Well, her time has finally come! The world could not be more ecstatic.

Alas, Britney Spears has paired with KENZO for their La Collection Memento N°2. The announcement photographs have gone viral. It didn’t hurt that Spears has kept up a very active social media presence. So, her loyal followers were overcome with joy to see her post about the partnership. 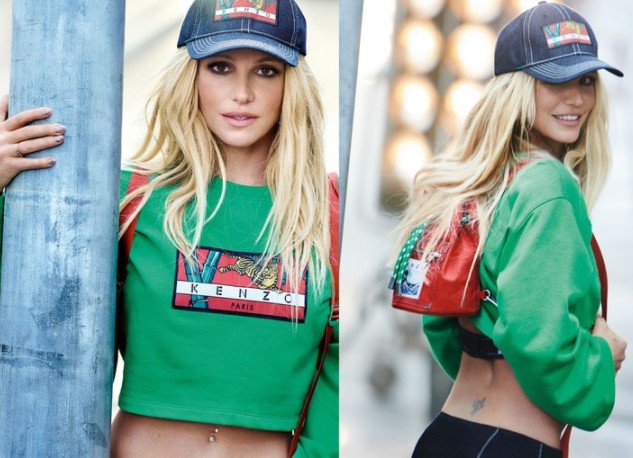 Apparently, Britney Spears waited for the perfect opportunity to represent what she deemed as the right luxury brand. Photographer Peter Lindbergh captured Spears wearing everything from KENZO denim to florals and of course, displaying her midriff. Those workout videos on Instagram are not just for show! It’s clear how hard the 36 year old singer works on her health. The campaign focuses on denim. In the statement explaining why KENZO chose Britney, KENZO creative director Humberto Leon said, “Britney is the queen of denim to me. It’s really interesting because you think about her career. She could have been attached to so many brands. She could have been the fashion of thousands of them, but she hasn’t. This is the first time she’s actually entering this foray, which I think is super cool and an honor for it to be Kenzo.” (Throwback to her matching denim red carpet attire with Justin Timberlake!) 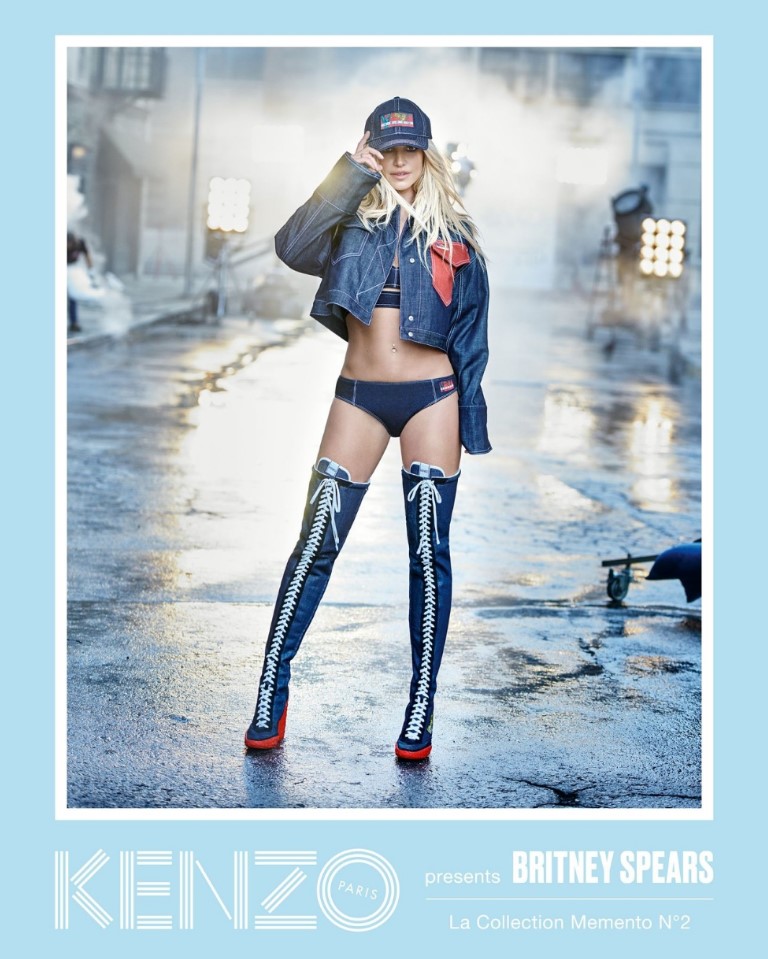 When Britney Spears spoke about the collection to Vogue she said, “This collection is very youthful. We had fun on set, even though it was a bit weird for me at first. I am used to shooting in a studio or a small space, and this was on the street. We were out there and I had really promiscuous clothes on, which felt odd, but of course, on film it turned out to be really cool.”

Most fans are celebrating this amazing collab. However, a number of fans felt upset that the KENZO photographs looked Photoshopped. Some claimed Spears resembled Jessica Simpson or even Kim Zolciak. What do you think? The star is known for sharing makeup free photos on her social media, so this came as a surprise to some. Anyway, maybe KENZO will respond to the criticism and take it into consideration as they move forward in the campaign. 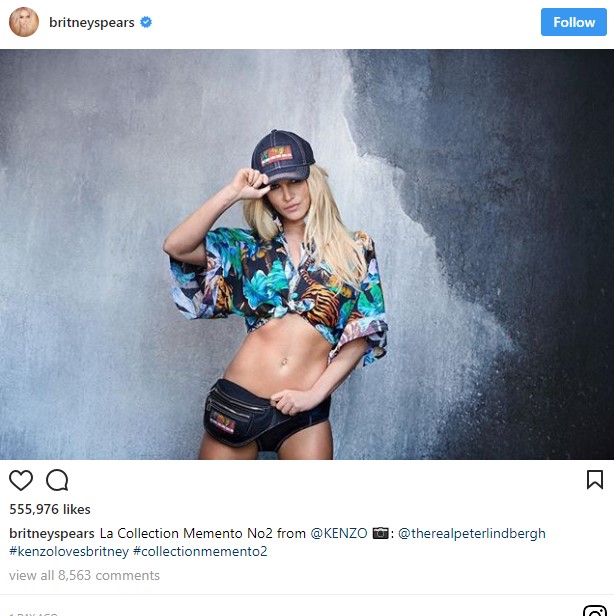