We’ve all heard that wine only gets better with age, but what about a bottle of wine that dates back 1700 years? An unopened bottle at the Historical Museum of the Palatinate in Speyer, Germany, is the subject of this exact question. While yes, the contents look absolutely rank, and the texture will certainly not draw wine lovers in, on a microbial level, it might not actually make the drinker sick. 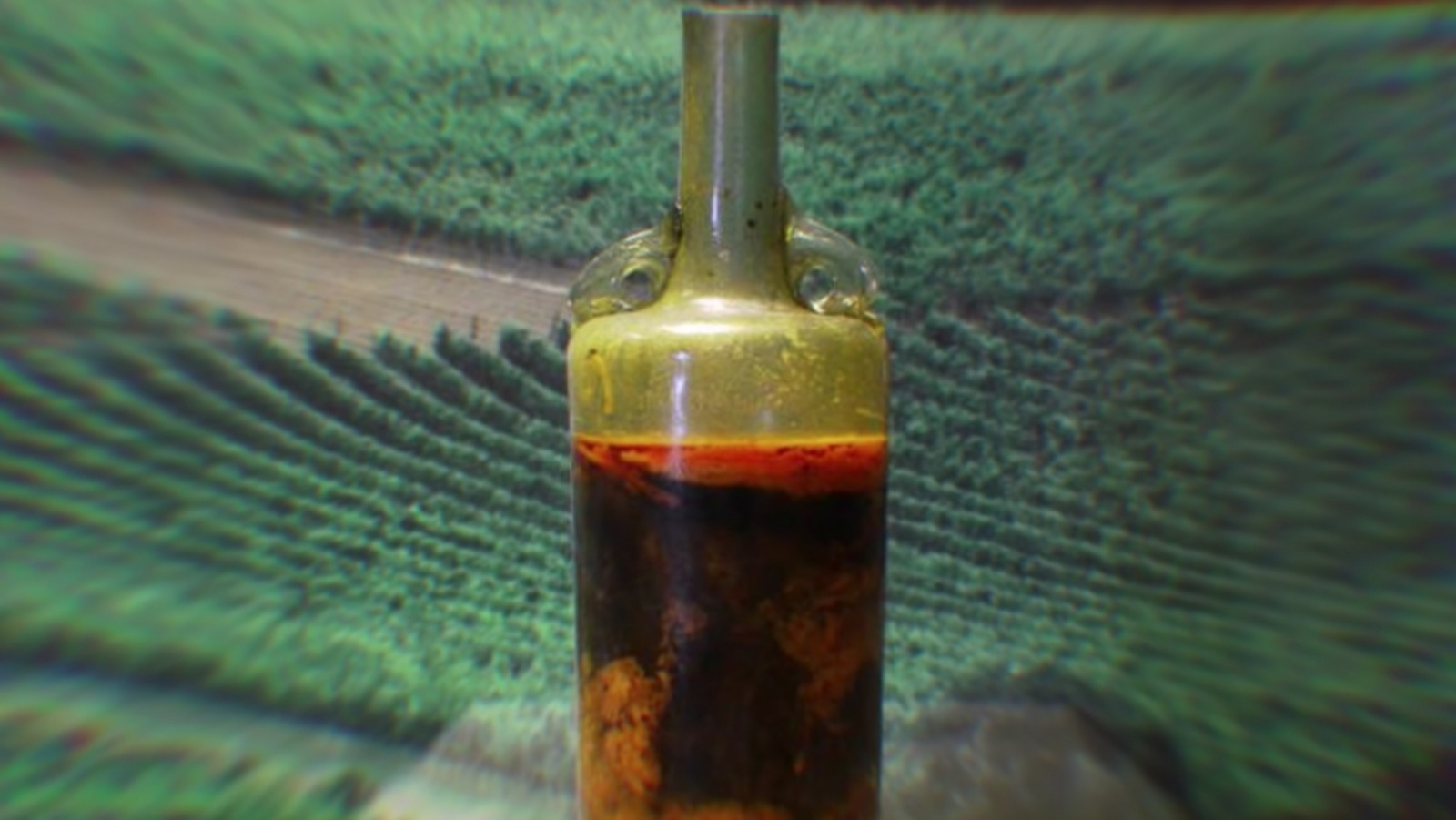 The wine, Römische Wein von Speyer, often referred to as just Speyer wine was taken from a Roman grave in 1867. As it is sealed with a wax top and not a cork, it has been able to keep the liquid inside for all of these years without it rotting.

Of course, as the liquid has been there for 1700 years, any alcohol content has likely been lost and the substance inside has mutated into something else entirely. Now, it is actually quite unclear just what is inside this ancient bottle, and many are quite apprehensive about opening it up.

Experts are worried that opening up the bottle will mean that the liquid inside will not survive. Ludger Tekampe, head of the department in charge of storing the bottle, told The Local: “It’s not clear what would happen if air gets into the wine,” and considering how old the bottle is, “the content is remarkably stable.” 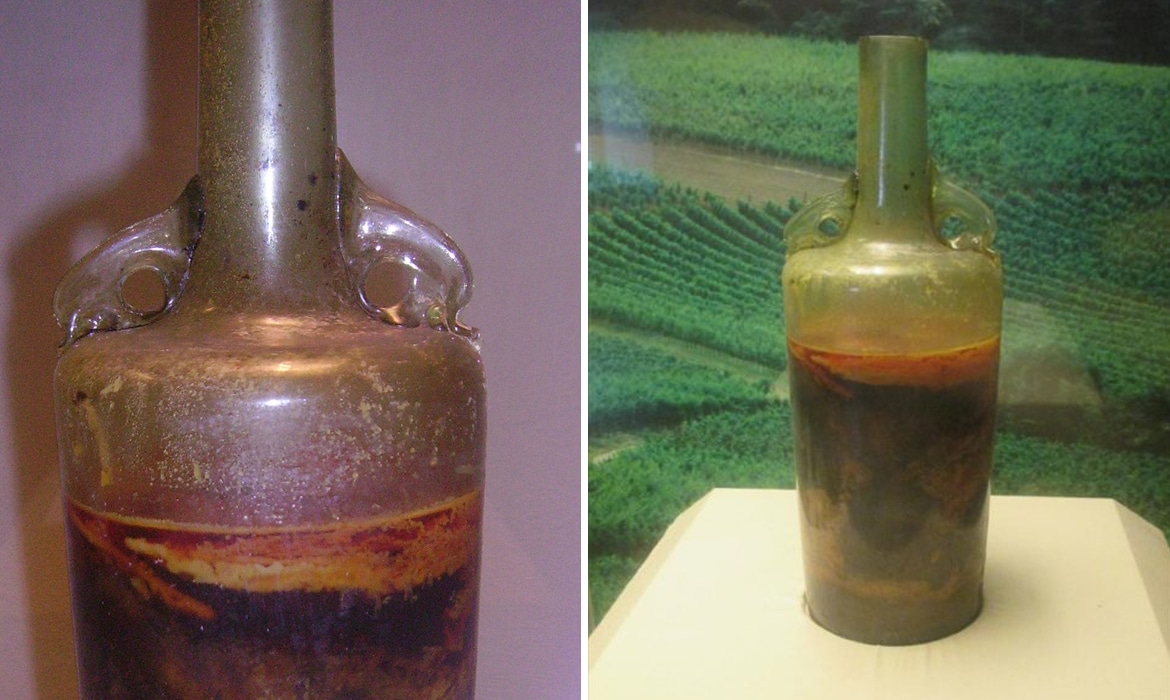 While The Contents Won’t Hurt You, They Also Won’t Be Very Tasty

There is also a generous layer of olive oil inside the bottle that was meant to preserve the wine inside, but at this point actually makes up the majority of the bottle’s contents as opposed to the wine.

The bottle is a 1.5 liter one that has been decorated with dolphin handles and according to Atlas Explorer, is dated all the way back to 325 BCE. It was found alongside some broken bottles that were also found in a Roman tomb.

So when it comes to the pathogens in the ancient bottle of wine, at least according to professor Monika Christmann who spoke with Futurism, “micro-biologically it is probably not spoiled, but it would not bring joy to the palate.”

While yes, it’s true that aging wine does improve its quality, we’re going to go ahead and say that aging it for 1700 is definitely past the point of “fine aged wine.” The Wine Bottle Has Lasted For 1700 Years