Outer space is truly incredible. There are so many astounding discoveries that have been made throughout human space exploration, while there are endless more discoveries waiting to be uncovered as well. The fact that human beings have accomplished spaceflight is already an unfathomable feat. 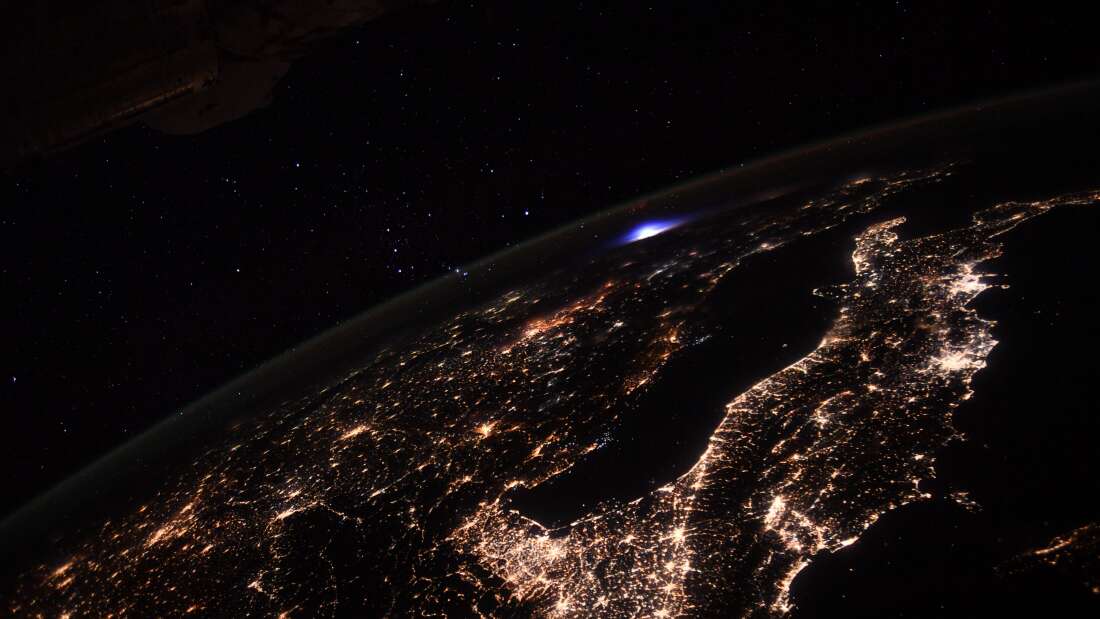 Blue Lightening Spotted From The ISS

Thomas Pesquet, a European Space Agency astronaut, shared an astounding photo of planet Earth that was taken at night as the International Space Station (also known as the ISS) was flying over Italy.

Of course, it’s incredible to see Earth from space and be able to tell which country you’re looking at, but something more incredible caught the astronauts eye. He noticed a rare transient luminous event, or a TLE, taking place in the atmosphere.

There are a lot of kinds of colorful upper atmosphere lightning, including TLEs. This specific one looks like it was a rare blue jet, or also called blue glimpse. The lighting-like electrical charges come shooting out of the upper parts of thunder clouds up to 30 miles into the stratosphere. These usually last for only milliseconds.

Because of storm clouds along with our atmosphere, these are very difficult to see from Earth. Of course, the ISS has plenty of high tech equipment in order to observe many occurrences such as these.

On the ISS is the Atmosphere-Space Interactions Monitor (ASIM) that is able to report the most unusual electrical events that take place above clouds. This is just one of the incredible events that the ASIM has observed throughout the years. 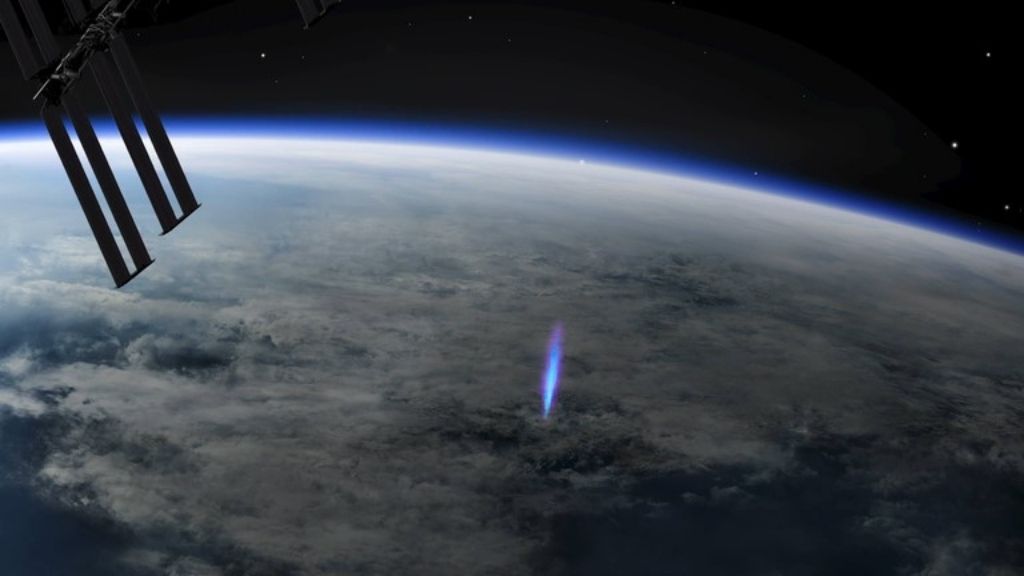 Pesquet shared the photo with the caption: “This is a very rare occurrence and we have a facility outside Europe’s Columbus laboratory dedicated to observing these flashes of light. The Space Station is extremely well suited for this observatory as it flies over the equator where there are more thunderstorms.”

He continued: “My friend Andreas Mogensen has a large part to play in this story, he was the first to capture them from space (in only 10 days on the Space Station he did all this, legend!) proving the worth of having a facility to monitor the flashes!’”

Before the ASIM, TLE events went on without much evidence there to back up their existence. Apart from anecdotal reports from pilots, scientists did not have much information to go on. Now scientists can study jets, sprites, elves, and all sorts of other lighting.

The ISS can be used to observe and study the upper atmosphere and has allowed scientists to collect data that will help understand this little-explored subject.